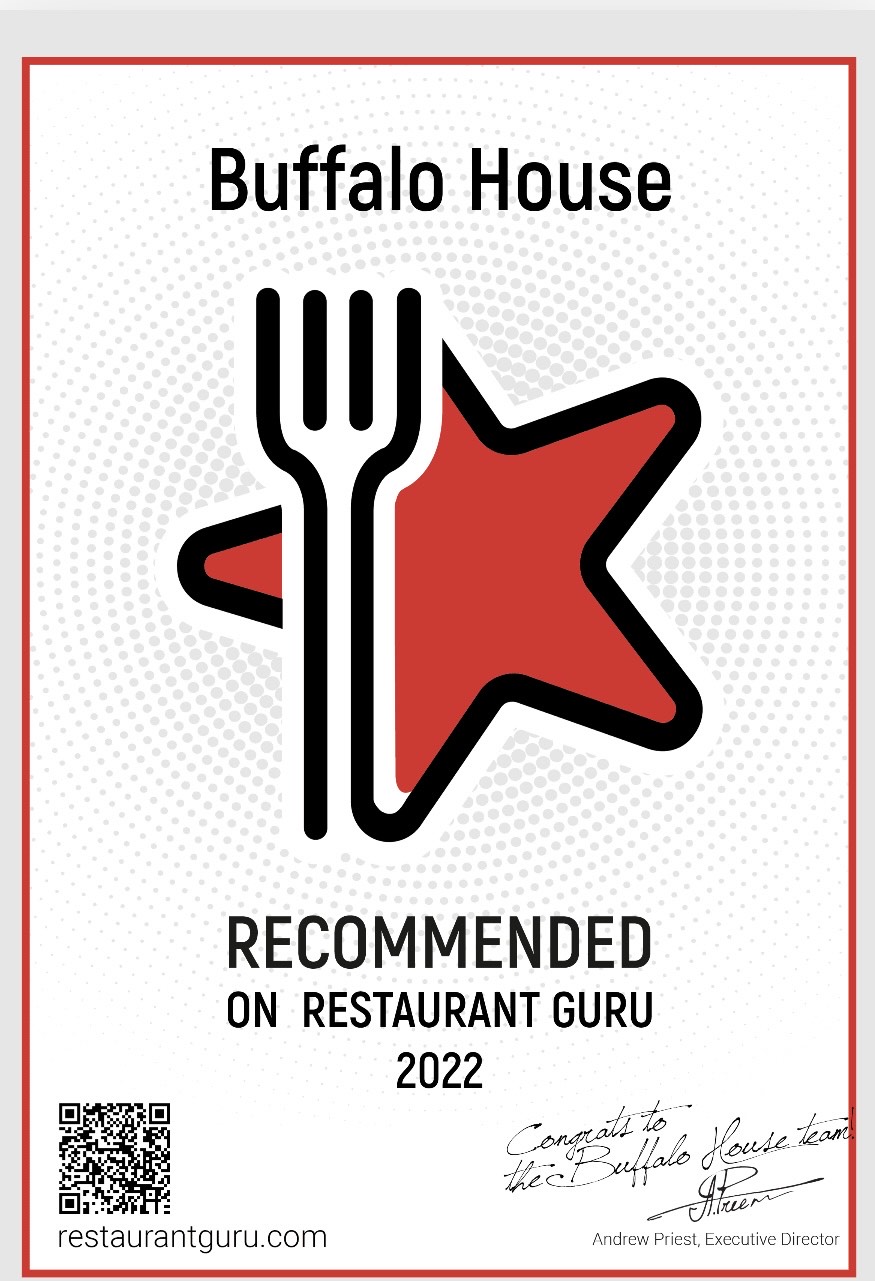 Join Off the Rails Entertainment and the Buffalo for an evening of hilarious stand up comedy and delicious dinner! Last year was fun and this year will be even better with not one, not two but THREE of the Midwest's best stand up comedians!
Tickets on sale now at: www.offtherailsent.com 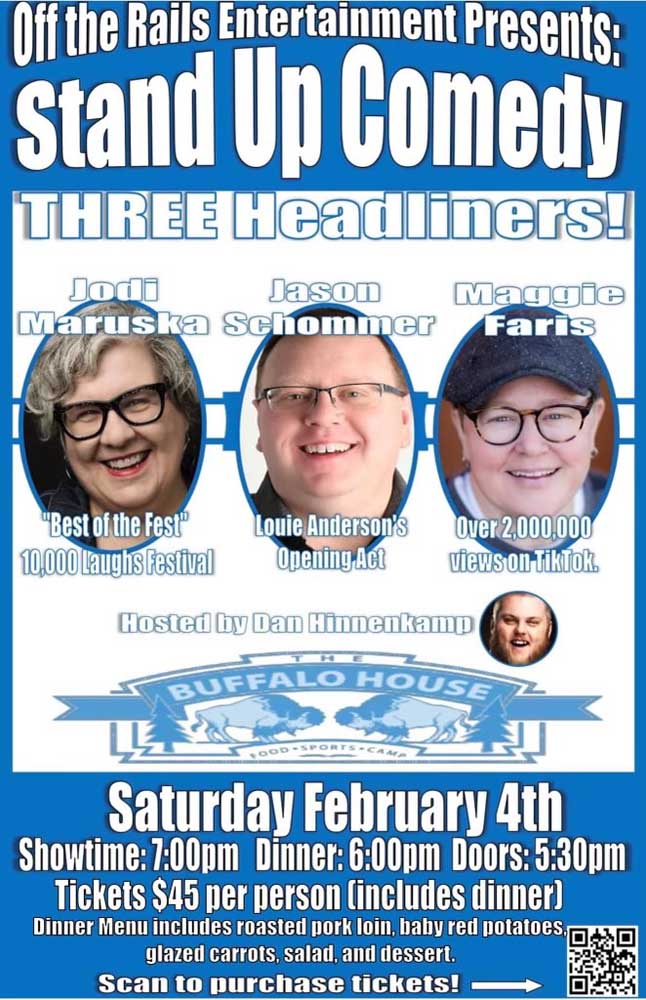 The land now known as Buffalo Valley was purchased back in 1958 by George Stoyanoff. He lived on the land for many years. In 1968 George, with family and friends, built the Buffalo House and it opened in 1972. It was built with lumber taken right from Buffalo Valley, became very successful and was known as the place to go for a great time and great food.

As time went by, George raised a herd of twenty-one buffalo, built a kid's zoo, swimming pool, campground, six ball fields, and the Buffalo Junction. The Buffalo House, along with Buffalo Valley, continued expanding. On March 9th, 1984, a small explosion occurred in the wood stove which caused a major fire that burned the Buffalo House to the ground. Many years passed before George decided to rebuild the Buffalo House. It was built again by George and his family and friends with lumber taken from Buffalo Valley. It started out as a small bar and a few dining tables. Soon, it expanded into a full dining room and upstairs banquet room known as "The Great Bison Hall". We hope to eventually be as successful as we were in the past. We feel we have a good start with great customers and friendly staff! Visit us, sit back, relax and have a great time, as good food takes a little time!